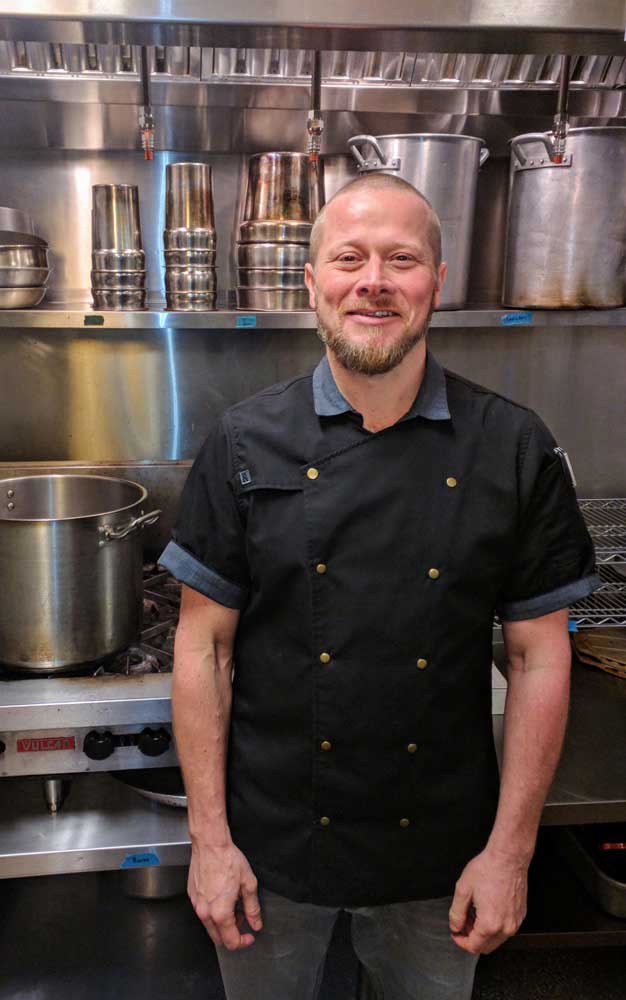 Jeff Nelson is a self-taught chef, who enjoys learning the science —“the why”—of cooking.

He translates his understanding and ingenuity into perfectly executed, artisan foods.

This is the foundation for his menus at EZ Foods Olympia, the catering business he opened in 2011.

Jeff received a BA in Buddhist studies and Psychology from The Evergreen State College, and attributes his success to his ability to remain relaxed under pressure. He finds center in his daily practice in qi gong and meditation, and his twenty-five year practice of Usui Reiki.

In 2010, Jeff distinguished himself as an innovator in the PNW artisan food movement with the release of “Chasing the Dragon” habanero hot sauce. He prepares the fiery hot sauce in small batches, carefully tending to each step by hand.

Jeff developed his seasonal hot sauce offering, “Grinch,” in 2011 and released it as a limited edition. This seasonal limited bottle smoked jalapeño sauce has a strong cult following and sells out almost as soon as it hits the shelves.

Jeff’s products are available for purchase in Thurston County at dozens of restaurants, food markets, and specialty shops.

EZ Foods commissary kitchen was designed to be a business incubator for local culinary start-ups.

Jeff provides consulting services for small businesses, assists them with planning and regulations, and continues to be inspired by the entrepreneurial spirit in his community.

The Manor at South Bay would like to extend a grateful thank you for your professionalism throughout the planning process! It was great working with you and we hope to do much more with you in the future. Truly a class act. Thank you EZ Foods Olympia! Misti Chaz Chastain, The Manor at South Bay

Thanks to you and your staff for a great Mother’s Day brunch at Boston Harbor Marina. It was the perfect setting to start the day, and the food you prepared was great. The only thing that exceeded the quality of your food was selection of your staff, and their style, looks, grace, and class that they added to the occasion. They are keepers! Kevin and Shari Knapp, Tacoma, WA.

Amazingly grounded people. So far best choice of the wedding planning to date. People that care are so rare these days, and Jeff and Sarah care about every little detail. Jennifer Jackson, Mother of the Groom

Thank you so much for everything you did to make our reception so wonderful! The food was fabulous and everyone raved about it! Your personal touch was above & beyond anything we could have hoped for. P.S. The pies were amazing! Jill & Melinda, Brides

EZ Foods did a great job! They took care of everything! Everybody loved the food, and the value was great. Jeff and Sarah are very good at helping you with menu ideas. I would recommend them!” Jill Hammond, Mother of the Groom

The Manor at South Bay would like to extend a grateful thank you for your professionalism throughout the planning process! It was great working with you and we hope to do much more with you in the future. Truly a class act. Thank you EZ Foods Olympia! Misti Chaz Chastain, The Manor at South Bay

Thank you!
Your catering inquiry has been received!

We will begin reviewing your request shortly and will get back to you with a quote/more information using the contact information provided.

Oops! Something went wrong while submitting the form 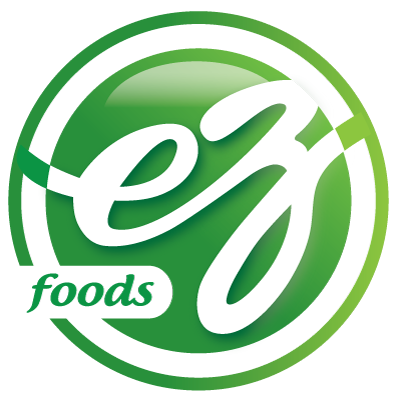